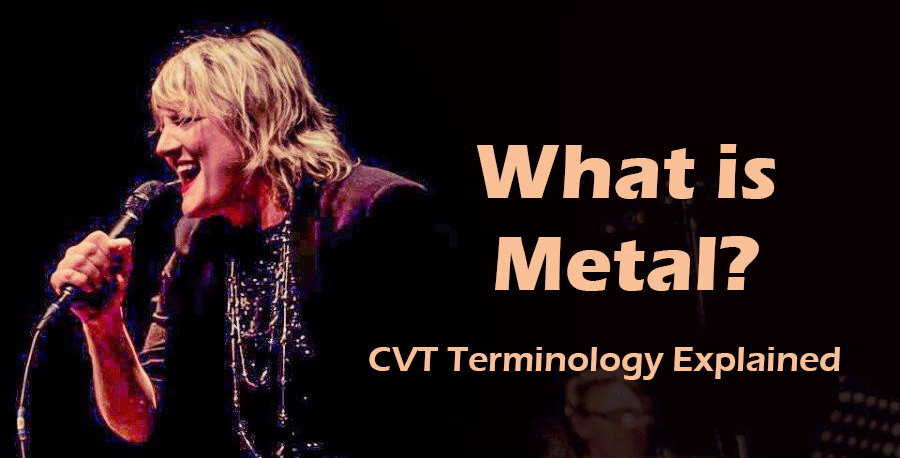 The Definition of Metal and the Metallic Sound in Singing

There are different amounts of metal; the metal can be omitted or made more or less distinct. Hence, we distinguish between non-metallic, half-metallic and full-metallic sounds.

The modes and their amount of metal can be described as: