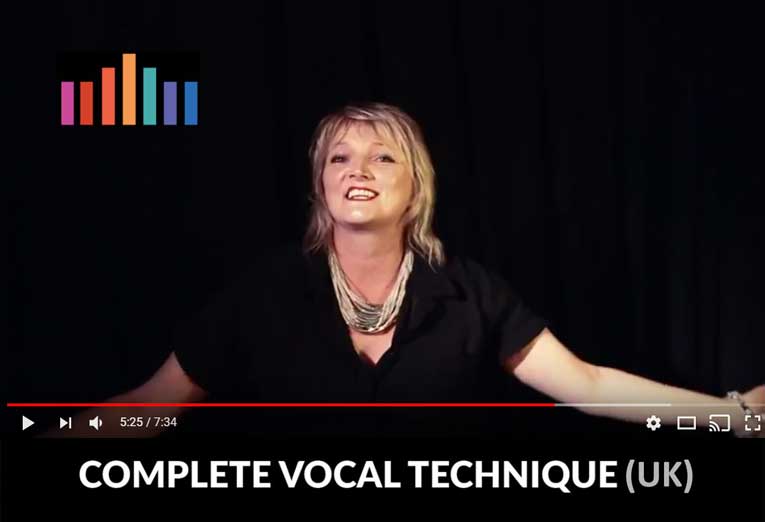 Singing since the age of 4, Jackie was once told that she couldn’t have a singing part in a school play when because ‘nobody wants to hear that voice’ (she was 7) . With confidence knocked, Jackie became a legend in her living room instead mimicking her favourite pop stars behind closed doors.

In her late teens she plucked up the courage to perform in local bands gaining early recognition but the lack of confidence turned into a bad case of stage fright that eventually became so stressful that Jackie stopped singing. (for over 15 years!)

The music would not stop calling, so in 2014 Jackie took a 5 Day vocal course at the Complete Vocal Institute in Copenhagen. Within one lesson, Jackie was invited to join the prestigious 3 year Complete Vocal Teacher Training Course and the rest is history.

Jackie is now a professional Vocal Coach and CVT teacher based in the UK and Central Europe and gigs regularly. She is passionate about helping singers overcome their nerves, improve their technique and gain confidence to sing from the heart knowing that their voice will never let them down.

Jackie has worked with teenagers and adults teaching 1 on 1 singing lessons, and has been involved with workshops in the UK, Sweden, Denmark and Norway. Specialising in Vocal Effects, Soul, Jazz, Blues, Rock, Pop and Classical styles, Jackie teaches beginners and professionals.

Jackie is an advanced vocalist in her own right with an impressive 5 octave range and a voice to rival many of today’s world class artists. An master of vocal effects and an ability to sing all styles and an incredible ability to hit powerful high belt notes with ease, she wants so share her superhuman secrets with you!

See some recent live videos of Jackie belting, using effects and singing – as well as some examples of vocal technique from pop to rock to classical to whistle – and snippets of the all new online singing channel ‘That Singing Show’